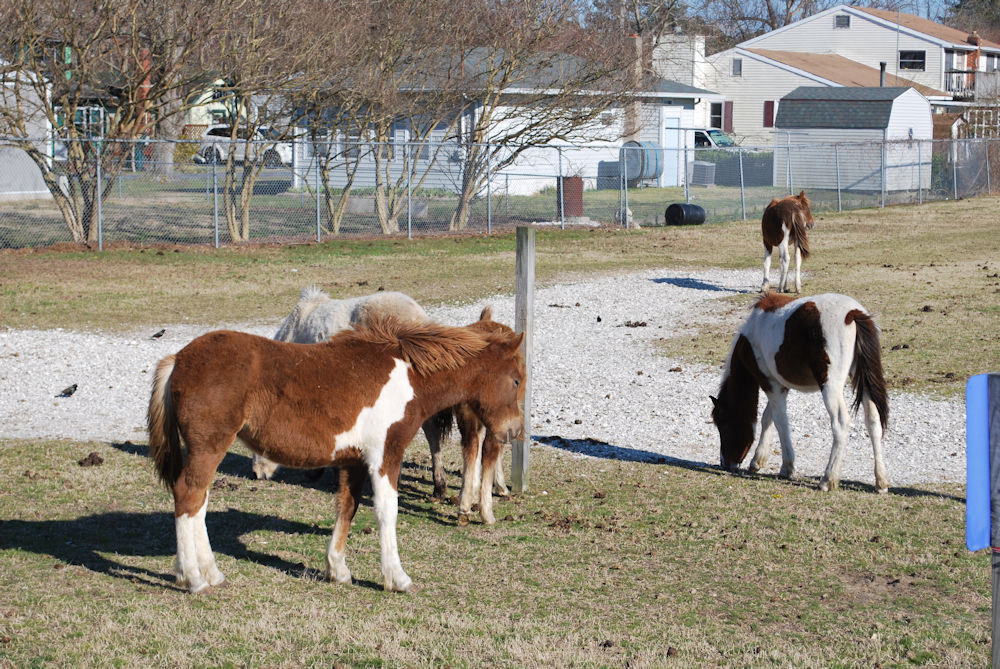 2016 Buyback Ponies at the Carnival Grounds

On average around 70 new foals are born every spring, on the Virginia side of Assateague Island. Approximately 75 percent of the mature mares have foals each year, a relatively high foaling rate for wild horses. A mare can become pregnant again once her foal has stopped nursing. And with an 11 month gestational cycle many of the mares are pregnant almost year around!

Most of the foals are auctioned off at the annual Pony Auction in July. In addition to controlling the herd size, the annual pony auction and carnival serves as the primary fundraiser for the Fire Company. Each year just a few select foals are designated as ‘buybacks’. A buyback pony is auctioned with the stipulation that it will be donated back to the Fire Company and returned to Assateague Island to replenish the herd. The winner of a buyback pony gets a certificate from the Fire Company. The buyback winner also gets to name the pony before it is returned to Assateague Island to live out its life there. Buyback ponies have actually become some of the highest priced foals sold at the auction. 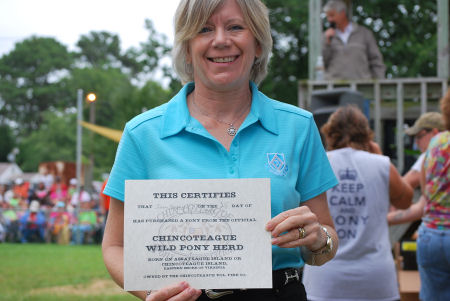 After the auction the Buyback foals are kept, along with their mothers, at the Chincoteague Carnival Grounds. In the fall, after the foals are weaned, the mothers are returned to Assateague. The Buyback foals, however, are kept at the Chincoteague Carnival Grounds until Spring. Winter on Assateague Island can bring snow, ice, and a limited food supply. These are tough conditions even for the adult Ponies. Keeping the Buyback Ponies on Chincoteague for the winter allows the Volunteer Firemen to watch over them and provide them with food and water.