Ponies Back on Assateague After the Swim 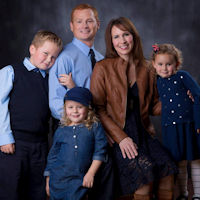